Okay, are you ready? Because here it comes!

Hey, everyone! Do you think the new Norwegian government is keeping its stick on the ice?

Because, okay, well, the new Norwegian government that just got elected – and that is, in fact, exactly the same as the old Norwegian government except one person no longer has a chair to sit on in the Big Important Room of Shouting At Each Other any more – is the Red Green Coalition. 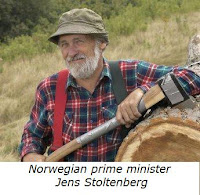 mith always says, in his endlessly loveable way, “keep your stick on the ice” as quite literally nothing less than a hockey metaphor for life itself – is the Red Green Show.

My razor-sharp socio-political witticisms are just lost on you people.